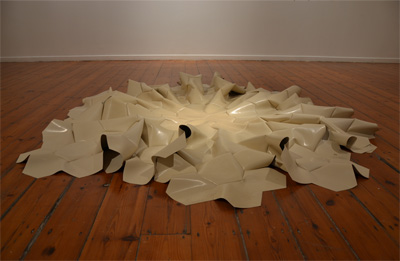 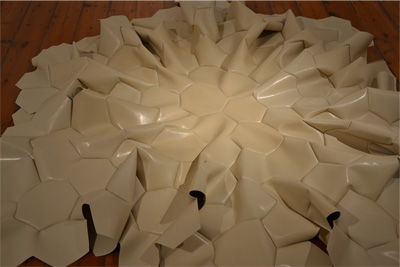 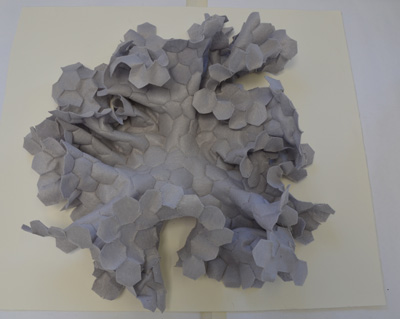 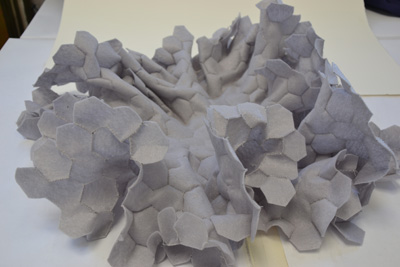 A geometric generalisation of the hyperbolic plane (a surface with a constant curvature of -1), this form of infinite plane is characterised by the potential for exponential replication along its edges. Thus the actual surface area and circumference of the object becomes increasingly larger than its apparent area and circumference.

This piece forms part of a larger investigation into infinite surfaces. Infinity in this case is defined not as 'an inconceivably big' value or number, but as a sequence of endless repetition or succession. Thus infinity can be said to be dimensionless in as much as it cannot be quantified or measured, it has no empirical value. Infinity is a function of succession; it is the sequence itself.